Kotlin is a statically typed, open source, general purpose programming language that targets Andorid, javascript, JVM and native development. Use of Kotlin can boost the profitability of business. The main focus of Kotlin is on security, interoperability, tooling support and clarity of code. It is faster and needs fewer line of codes instead of other programming languages. Kotlin is both object oriented and functional programming language. Here at Brillica Services we provide Project based best Android App Development Course in Uttarakhand & Dehradun.

What are the learning objectives in full-stack web development?

As a full-stack developer, you are aware of numerous advances. Regardless of whether it's tied in with adding pictures to a website page or making a data set, you'd be acquainted with every one of them. This gives you an edge over different engineers since you can settle on specialized choices quicker and see the big picture.

What important skills you will learn with the fullstack web development course?

What projects are included in the full stack developer course?

What are the pre-requisites for the full-stack web developer certification training?

Bachelor's Degree in Computer Science. Fluent in CSS (Foundation or Bootstrap), JavaScript and HTML, with a comprehension of CSS preprocessors including Sass and LESS. Solid information on Linux, PHP and MySQL, with working comprehension of MongoDB, PostgreSQL, AngularJS, Express. js, Oracle, React, Ember and Node.

Who should take this full stack web development course?

What type of job will I suit after completing this full stack development course?

Professionals who aspire to be a Data Scientist in top organizations

Data Scientists who have a keen interest in upgrading their skills

To Learn and understand the data landscape in databases and applications. Using and developing the process of data collection. To review and validate the data

To design and execute effective database solutions and models to store and repossess company data. To examine and identify database structural prerequisites by evaluating client operations, applications, and programming.

To identify the valuable data sources and automating their collection processes. To handle the pre-processing of structured and unstructured data.

Adopt leading technologies in the industry to get high-performance computation in the organization, along with the required data storage solutions.

Tools To be Covered

Experience Web Developer & Trainer having profound knowledge in the field of Web Development.He has worked on 50+ Web Projects & Trained over 800 Candidates.

Experience Web Developer & Trainer having profound knowledge in the field of Web Development.He has worked on 50+ Web Projects & Trained over 800 Candidates.

My experience at Brillica is very good. The teachers are very knowledgeable and supportive in nature. Thankyou for giving me the platform or opportunity where I can learn something in this pandemic.

One of the best faculty I've seen in Dehradun, faculty is super helpful .. they provide a good environment for you to explore yourself keeping your learning speed in check. Recommended by saura wanem.

Our Alumni Work At

Brillica Services provides 100% job placement support to all the candidates. Brillica Services offers lifetime multiple interview sessions based upon the skills and submission of the projects after the completion of 50% of the course. We provide the latest hiring updates from the companies with our students so that they can apply for it accordingly.
Students will be prepared for real-time job interviews by conducting Mock Interviews by technical experts after the completion of 50% of the course at Brillica Services which will help students to perform with confidence. Our team of certified trainers will help you to get familiar and help you in giving your best even in pressurized situations.
Our interactive sessions with an industry expert helps students to gain knowledge how to build their skills those expected by the hiring companies. We provide assistance in outstanding resume building & LinkedIn Profile building from our career services team to help students to stand out from the crowd.

Professional Certification training course in Data science at Brillica Services Dehradun, Uttarakhand helps you to get ready for the most desirable career domain. The courses offered aims to educate millions of college students, IT graduates and professionals in the latest technologies with a blend of theoretical and interactive knowledge and are taught by the certified trainers with industry relevant experience. You can earn a career credential, apply your knowledge to real-time projects which will showcase your skills for the interviewers. Our programs are highly demanded in the industry with lot of job opportunities in the relevant domain. Brillica Services provides the best Training Course on Data Science in Dehradun, Uttarakhand and Delhi.

Why Power BI is better than Tableau..??

Power BI and Tableau are the most popular and discussed tool in the Business Intelligence industry. They both have established themselves together of the leaders of the industry. People are still confusing between the two and don’t know which one to use to fulfil their purpose. We, Brillica Services, are here to tell you the pros you will find if you choose Power BI over the Tableau.

Why Python is preferred For Automation ?

Besides providing access to check automation tools, the power to know code also advances manual testing, a method or another, it enhances a person’s competencies and makes a software testing company better prepared for the market challenges. The question is what programming language to find out and use for writing tests 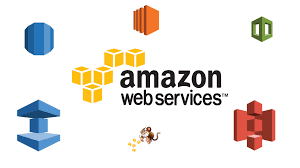 Companies today need to be agile and ready in the face of constantly evolving technology and changing consumer preferences. To achieve this goal, organizations are looking forward to switch to Amazon Web Services (AWS). Its services enables companies to rapidly deploy and scale technology that meets the growth (or shrinkage) demand without investing in expensive IT infrastructure. 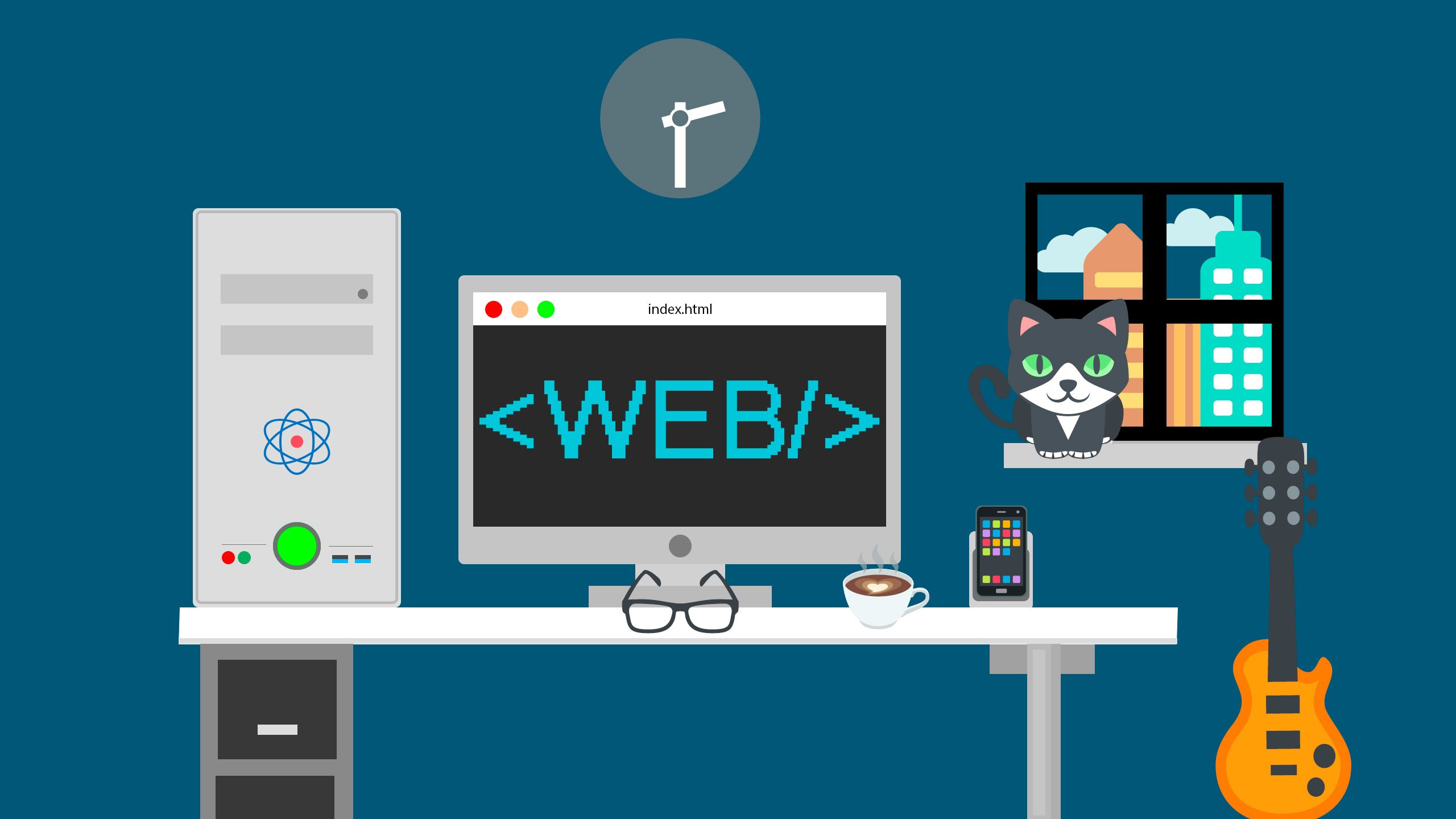 Give Wings to Your Career as a :- Web Developer

Web development is the work involved in developing a Web site for the Internet (World Wide Web) or an intranet (a private network). Among Web professionals, "Web development" usually refers to the main non-design aspects of building Web sites: writing markup and coding.

Ethical AI : The Model Dilemma Artificial Intelligence may be a tool a bit like the other - it's not inherently good or bad - it's the actors and their intents that matter here. AI is helping in healthcare and governance to improve people's lives. 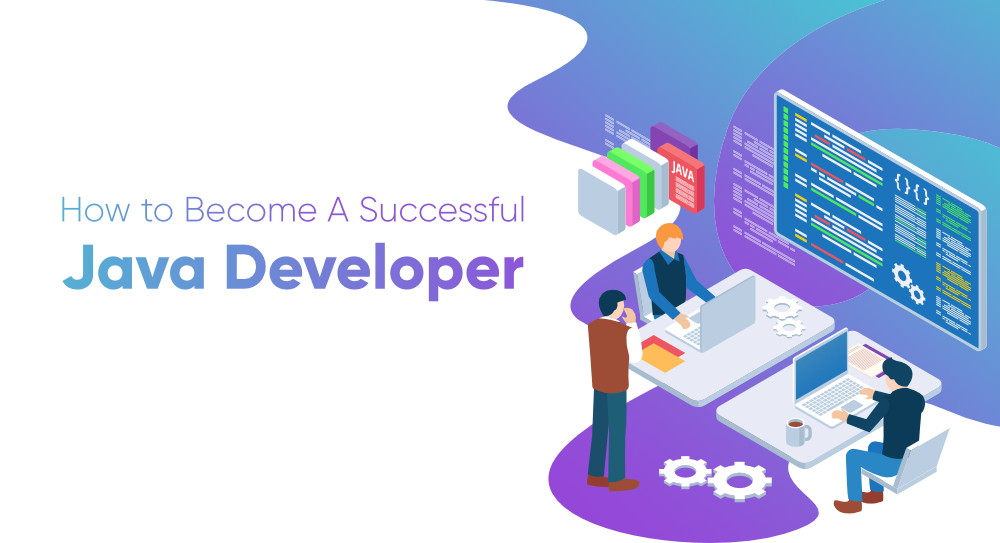 How to Become A Successful Java Developer?

Java is a commonly used language for web development, especially on the server-side. Java web applications are distributed applications that run on the internet. Web development with Java allows us to create dynamic web pages where users can interact with the interface

1.what is Android Application Development with Kotlin?

2.Is Kotlin enough for Android development?

Yes. You can build Android applications using only Kotlin, and as documentation, tooling, and libraries become more Kotlin-focused, building apps exclusively with Kotlin will become even easier.

3.Which is the best language for Android app development?

4. Is Kotlin good for app development?

With Google announcing that Kotlin is now its preferred language for Android app developers, the language is proving to be a pragmatic, modern, and intuitive programming language.

5. Is Kotlin good for beginners?

More and more apps will be written in Kotlin, which means that a lot of Android jobs will require Kotlin skills. ... However, while pretty much everyone agrees that Kotlin is the better language, most people (even big Kotlin fans) recommend still start with Java as a beginner.

6.Why should we use Kotlin for Android development?

67% of professional developers who use Kotlin say Kotlin has increased their productivity. Safer code: Kotlin has many language features to help you avoid common programming mistakes such as null pointer exceptions. Android apps that contain Kotlin code are 20% less likely to crash.

It has been several years since Kotlin came out, and it has been doing well. Since it was created specifically to replace Java, Kotlin has naturally been compared with Java in many respects.

8. How difficult is Kotlin?

Kotlin is not a difficult language that is born in academia. Any programmer from the OOP domain is familiar with its syntax. It can be understood easily by beginners as well as experienced programmers. It is somewhat different from Java, as there are some reworked constructors or variable declarations.

9. Is Kotlin easier than Java?

Aspirants can learn Kotlin much easier, as compared to Java because it doesn't require any prior mobile app development knowledge.

10. Is Kotlin frontend or backend?

Kotlin compiles to Java bytecode and runs on the JVM so it's suitable for all environments where Java is used. This includes Android as well as back-end server applications. The idea of implementing the back-end, front-end, and build script all in one language is very promising.